This week has been a week where I have definitely been able to hear God speak to me through His Word. Last Sunday’s preaching focused on Lazarus, which is a very well known story but this week I have been able to dig in deeper and allow God to speak to me through it. I want to share with you two things that you need to know in order to continue to grow in who God wants you to be without looking back to your old mistakes and life. Today is your new start, my friend.

We all pretty much know how the story goes so here’s quick bullet-type summary:

I’m going to keep it really short, but if you want to know and study more, go to the Gospel of John, chapter 11 verses 1-43. There, you’ll find more details on the trajectory of this story. Now, moving into what I’m so anxious to share. There are so many ways to interpret what’s going on here but there are two specific points that I want to focus on.

And when he had thus spoken, he cried with a loud voice, Lazarus come forth. – John 11:43 ASV 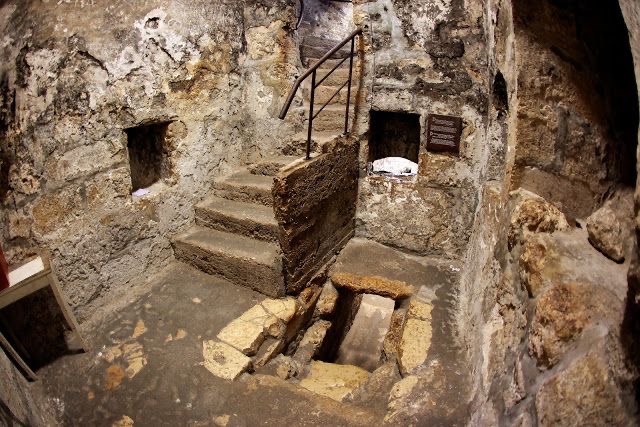 DEATH DID NOT CANCEL HIS IDENTITY

I couldn’t help but wonder, why did Jesus call him by name if Lazarus was dead? I mean, in all honesty, He is God; so if He was going to raise someone up from the dead, He could’ve just said “get up,” and Lazarus would’ve gotten up just as fast. But Jesus was direct with Lazarus. He called Him by name. Why though? It was a question I had to ponder long and hard about, until finally it came to me… Even though Lazarus had died, his never lost his identity. He was still who God said he was even if his body laid there, lifeless. He still had a purpose and that is what Jesus was calling. He wasn’t calling the lifeless body, He was calling out the identity and the purpose inside of that body!
In the same way, Jesus calls us directly by our names because we have an identity in Him. We are not dead spiritually. Our passions are not dead. Our desires are not dead. We are who Jesus says we are. There is purpose in our lives. Yes, there are moments when we stumble and question why we were put here on this earth or question if Jesus actually did call us into ministry, but I want to remind you of your identity. You are a child of God and you have a purpose. Don’t let nothing and no one try to shake you from that promise. Listen to His voice and hear His call because He is calling you, right now, in this very moment. Yes! Jesus is calling you!

THE CALL TO MOVE FORWARD

Now, in the second part of the call, Jesus tells him to come forth. He called him into a certain direction. He didn’t just say, “Lazarus, wake up,” or “Lazarus, come here.” He specified in what direction He wanted him to go. I’m sure if He wouldn’t have given Lazarus a direction, Lazarus would’ve woken up, looked at his surroundings, and sat there, confused, thinking about what had just happened and how it happened. But with clarity on where he needed to go, he walked on out of that tomb and into the arms of the one who called him!

Jesus is calling you to move FORWARD! Stop looking back! Stop questioning whether or not you are called. He’s calling you today, to move forward, forget the past, and walk into your purpose which lies before you, not behind you. Jesus is clear on where He wants you to go. He wants you stop thinking about all the possibilities, stop thinking about the how’s, the why’s, the who’s and walk out of your dry space and into the life He has predestined for you!

The story of Lazarus is one we can learn so much, but if you learned anything today, make sure you remember the no matter what goes in this world, in your life, your identity is and always will be centered in Christ and it’s time to move forward into the divine calling that is over your life. 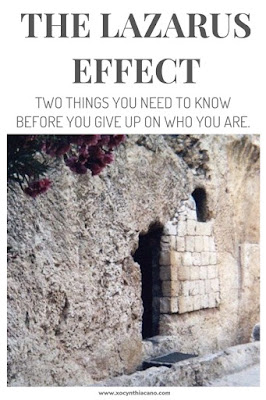