For the past several months I’ve been reading my Bible carefully, specifically in search of parenting wisdom. It’s definitely been an interesting journey, so far. If you haven’t read your Bible looking through a parenting lens, I would challenge you to do so! I’ve learned so much already, and I have only gotten through a tiny portion of the Bible this time so far. In fact, I haven’t even technically made it to 1 Samuel yet, but I have had Hannah on my mind ever since my husband preached a great sermon about her several weeks ago. He really got me thinking, and when the opportunity to write this post came up, I knew Hannah had to be featured.
Hannah is one of the more prominent mamas in the Bible, unlike other heroes of mine, the unsung Bible Moms. She’s well-known for one main reason, so chances are that when you think of her, you think of her struggle with infertility. Obviously her inability to conceive a child shaped her life immeasurably, and if you have shared that struggle her story probably resonates with you for that reason. Though I didn’t share Hannah’s struggle, I believe that her story can teach moms of all kinds valuable lessons.  Today I’m sharing the top three lessons I’ve learned from studying Hannah’s story, found in 1 Samuel 1-2. 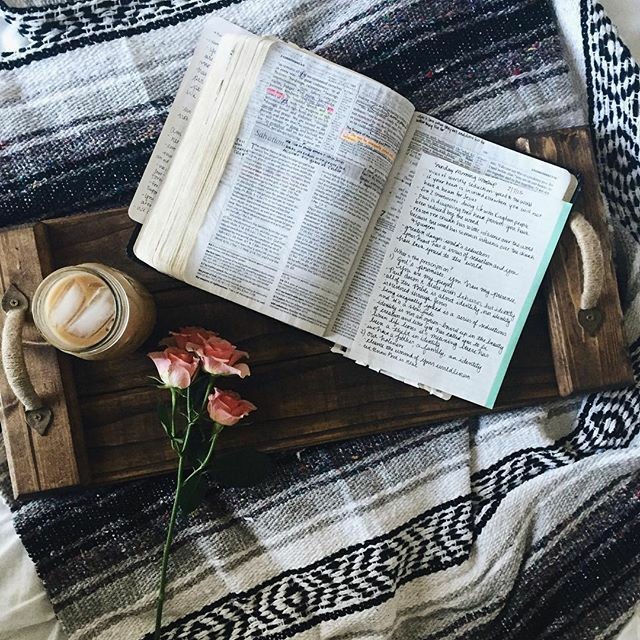 1. Be Supportive
Hannah and Peninnah were not friends. They were both married to Elkanah, but Hannah couldn’t have kids and Peninnah could. Just that would’ve been bad enough, but Peninnah also took great joy in rubbing Hannah’s inability to conceive in her face. This wasn’t any small thing. It bothered Hannah to the point that she “wept and refused to eat.”
In all fairness, Peninnah may have been treating Hannah badly because of her own pain caused by
Elkanah openly favoring Hannah. But, that’s no excuse. So here’s the lesson: as women (and
especially women of faith), we need to be supportive of each other rather than working to hurt one
another out of our own hurt.
We don’t have the right to pick at other women just because we have our own legitimate
problems and justifiable pain. Often, we don’t know the struggles of the other wives and mothers
around us. I think that we can learn from Hannah and Peninnah that we have nothing to gain from
tearing each other down. As Christians, even if we can’t fully empathize with one another, we should
do our best to sympathize and support the women around us.
2. Pray
Hannah started praying for her son before he was born, which is something I think a lot of Christian parents do. However, she took it a step further and began praying for Samuel before he was even conceived. She prayed, not only to HAVE a child, but prayed specifically FOR her child. Obviously, we can’t go back and do this part all over again, but if you’re considering having more kids, start talking to God about them now, and never quit.
We know that we don’t change God’s heart by praying. He wants what’s best for us all the time, whether or not we talk to Him. However, it’s also clear that God allows our conversations with Him to alter the way His plans are carried out. I truly believe that Hannah’s story would have ended quite differently if she had not been so fervent with her prayers for Samuel.
She didn’t stop praying once Samuel was born, either. In fact, one of her beautiful prayers from after his birth is recorded in scripture. Hannah understood that for her son to be fully given to God, prayer had to be the cornerstone of her parenting strategy. Her example as a prayer warrior is something all mamas should take to heart.
3. Give your kids to God
We all know that children on loan from the Lord. Hannah realized it, but she didn’t just think about it in a trite way. She believed and acted like Samuel, her beloved, prayed-over, longed-for son, really belonged to God.
I don’t know a lot of moms who would willingly hand over their kids as soon as they were weaned, especially to someone who was known to be a terrible parent. But, Hannah kept her word and brought Samuel to the temple to live, even though Eli had a horrible track record with his own sons. They were irreverent troublemakers; exactly what Hannah didn’t want Samuel to become.
BUT, It turns out that Hannah’s faith in God was bigger than Eli’s reputation as a bad dad. Samuel didn’t end up like Eli’s sons, despite the fact that he was raised in the temple within reach of their bad influence. Hannah acted on her beliefs and her unwavering faith paid off.
After reading through Hannah’s story many times and praying over these parenting lessons, I have realized that I need to be more intentional about looking at my children as God’s kids on loan to me. When I think of them that way it changes the way I relate and react to them, and it helps me to clarify my parenting goals by putting my focus back where it belongs. I pray that you, too, will be inspired and encouraged by the example of Hannah, a very special Bible mom!
_____________________________________________________________________________________
Meet Brianna Martin 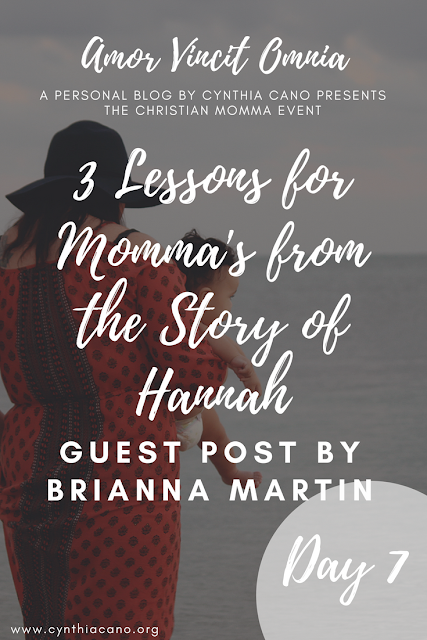