Hey guys! It’s definitely been a while since I wrote a new blog post – but for good reason! If you’re following me on social media, then you know I’ve been working a little extra behind the scenes. I’ve been focusing my time specifically on emails and of course, my Facebook group. Why you ask? Because I wanted to reach my audience on a more personal level than just a blog post here and there. I realized that not only did I have a good amount of frequent readers, but I also had people reading my blog that I had no idea were following this ministry. So, I decided to take a month to seek guidance from God on what new material I can bring you and also, connect a little bit more with you guys.

WORKING BEHIND THE SCENES

Working behind the scenes has been a blessing. I am currently doing an email series called: 10 Habits of an Influential Person and so far it’s going great! This is my first one ever, but I’m glad I took the time to do it. Some people signed up that I didn’t think would, but it’s pretty cool. I’m hoping and praying that God directs me to a new topic that I can do another email series for. So if you missed this one, keep a look out and be sure to subscribe to my newsletter – you’ll be one of the first persons to know when when we have a new one coming up.

As for my Facebook Group, I’ve been active as much as I could be. I’ve been posting daily encouragement, music, blog posts, etc and I know it has been a blessing to many. Would I love a little bit more interaction from my group members? Of course. But that comes with time. I know people can be shy sometimes when posting in a group setting like that. But its been good. If you haven’t joined, be sure to do so and join our community. Join here! 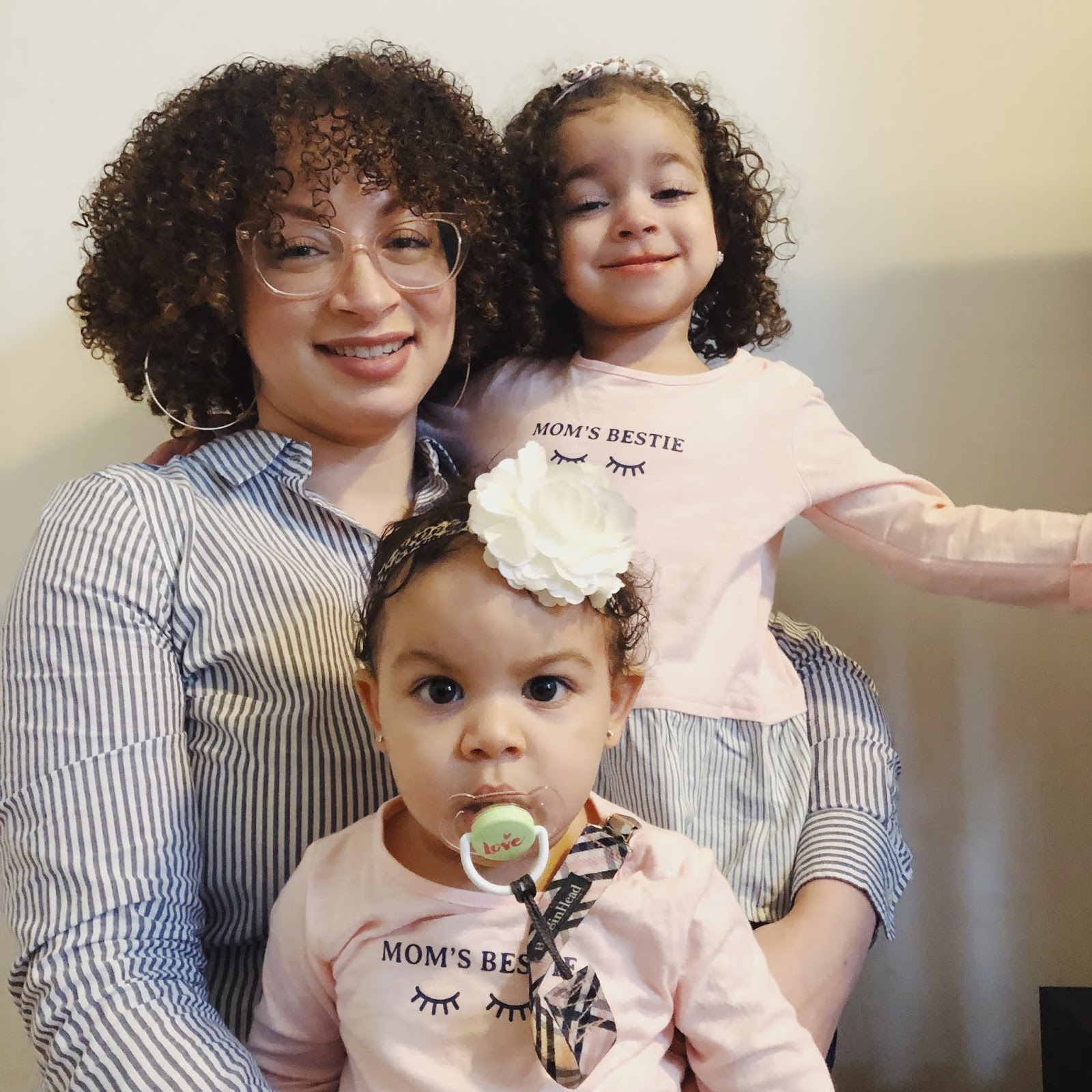 Okay, lets get to the good stuff now. I know you’re probably anxious to know why I left my job to become a Stay at Home Mom. Well, let me tell you this. It was not an easy decision. I genuinely loved my job and the people I worked with. They were truly as real as it gets. I’ve never worked with a group of people like that and it was truly a blessing. I’m hoping that I can keep in touch with everyone and if the opportunity comes back up, maybe join them again in the future. But, even though it was hard decision, it was definitely a decision that had to be made.

I was working from 9am to 6pm and I had about a 45 minute drive everyday to my moms to pick up the girls (she picked them up from the babysitters after 5pm), and then about 15-20 minutes to get them ready at my moms to head down the road to my house. I wouldn’t get home and settled until about 19:30 most days. At that time, my husband, Orlando (we’ll call him O for short from now on) was still not home from work. So I would be home, with some sleepy kids, trying to cook dinner, and get them bathed before bed time. We would end up eating at about 20:00, the days I did cook. And the days I didn’t, we would eat out. Eating out was definitely our go to during the week and quite frankly, on the weekends too – I mean, who wants to cook on a weekend? It started becoming pretty miserable. We didn’t have time for anything during the week and on the weekends when O was finally off, I wouldn’t let him plan something fun for us because I was too focused on getting the house cleaned and washing clothes.

It was really hectic.

Finally, I began missing a lot of work. Pretty much every week I was missing a day of work – unintentionally (I won’t get into that right now) and I didn’t want to have a bad rep at a place I loved so much. One day I couldn’t go into and that’s when I finally, I just need to leave and be home with the girls. I sent in that letter with tears, literally, because I did not want to quit. I did my two weeks and the last 3 days were just a mess. Naya got sick the flu and so did the babysitters girls so I was stuck at home and unable to finish my last few days at work. I felt terrible, but a momma has to do what a momma has to do.

ADJUSTING TO BEING A SAHM

Has this transition been easy? Heck no! I cried of anxiety the first few days. O even told me that if I wasn’t happy with my decision, then he would be okay with me going back to work. But with whatever decision I chose, he just wanted me to chose what was best for the whole family. I slept on that comment for a few days. I was annoyed for like a whole week because I just wasn’t used to be home all the time. But after seeing things from a different perspective, and seeing how happy my girls were to be with, and seeing that I was able to cook every day, my husband was able to take lunch, we started saving literally HUNDREDS of dollars, this was definitely the best decision for us.

So many things have changed since becoming a SAHM. I know we have tried this before and I’ve gone back to work, mostly to help my husband financially, but this time, things are different. God is definitely the one in the mix. Right after I sent in my resignation letter, O calls me and tells me that they brought him into the office at work. I freaked out. I said, “oh my God, they fired and I just gave my notice”, lol. It’s funny how we freak out without actually knowing what’s going on. But he tells me to calm down that he has some really good news…..

He got offered a higher position, paying double of what he already made a year.

Is that a blessing or what?

Okay, enough about me. What have you been up to? What’s new? 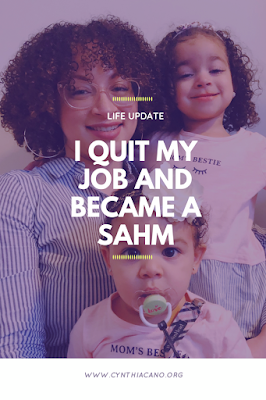 Previous Post: « She doesn’t need a “perfect”mom.
Next Post: Surrenderance is needed in order to enter the Secret Place »

GATEKEEPER OF MY HOME 🤎 Empowering the modern-day homemaker to encounter Jesus and invite Him in to abide in their home, marriage, and family.

shared on Facebook earlier and forgot about my IG

Just stopping by to remind you to SMILE! The best

This month we decided to slow things down a bit. I