As many already know, I started up a book club called Club 31, back in September 2015. It was something that I envisioned for quite a while before actually moved in to realize it. So far it has been very successful. It brought together a group of young women not only as friends but as each other’s motivators and go to personnel’s.

We finished off the year with Women of Destiny by Cindy Jacobs. It was the first book we read and it was truly inspirational. Below I will describe the Pros and Cons about it and leave you with a final thought. 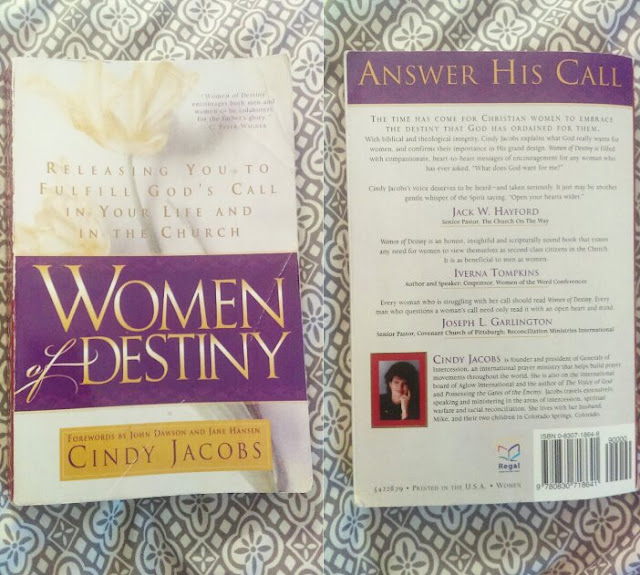 PROS
CONS
FINAL THOUGHT
Obviously, I liked the book more than I disliked it (hence the one con), so would I recommend it? Of course! In a lot of areas, it ministered to me beyond belief. The funny thing about me finding this book, is that I randomly walked into goodwill one day and decided, oh!Let me look at the 99 cent books, and there it was, patiently waiting for me.

GATEKEEPER OF MY HOME 🤎 Empowering the modern-day homemaker to encounter Jesus and invite Him in to abide in their home, marriage, and family.

shared on Facebook earlier and forgot about my IG

Just stopping by to remind you to SMILE! The best

This month we decided to slow things down a bit. I